Beginning her career as an advertising executive, Cindy found her true calling in public relations, marketing and promotion of the Dallas Cowboys Football Club under the leadership of legendary President and General Manager Tex Schramm. Mentored by the best, she learned the “ins and outs” of the sports and entertainment industry honing her skills along the way.

When the team was later sold, Cindy transitioned into sports marketing to become the Director of Public Relations and Marketing for Talent Sports International where she represented and worked with high-profile athletes including future NFL Hall of Famers, NBA legends, MLB standouts and Olympic Volleyball all-stars. At the same time, she coordinated numerous sports and entertainment events which included securing corporate sponsors, organizing press conferences, and obtaining comprehensive media coverage.

As the NFL Quarterback Club gained traction, Cindy entered a venture with New York based Burson-Marsteller to become an affiliate consultant to their sports marketing division with focus on the Texas market while continuing her work with the NFL Quarterback Club and other sports related activities. Cindy worked directly with owners, executives, advertising agencies, corporate sponsors, professional athletes and coaches within the NFL, MLB, NBA, and NHL.

Following an introduction to renowned literary agent Jan Miller at a book launch event, Cindy was invited to exchange high-profile athletes for bestselling authors to became Director of Publicity and Marketing for Dupree-Miller Literary, Inc. Accepting the position, she began representing NY Times bestselling authors Tony Robbins and Stephen R. Covey while learning the “ins and outs” of the publishing industry.

A few years later, she took time off for motherhood while also volunteering her time and resources to philanthropic organizations. Cindy stepped back into publishing industry by leading the publicity team of an independent publisher in Dallas, Texas.

Cindy also volunteers her time and resources to help raise funds for numerous philanthropic organizations, serving on the boards and committees for numerous luncheons, galas, and soirees. She lives with her husband in Dallas, Texas. 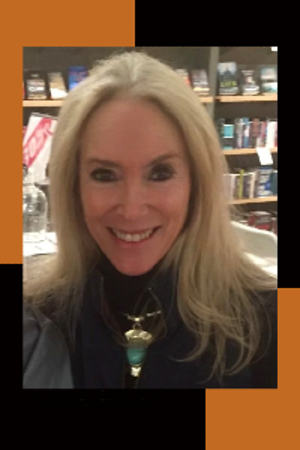